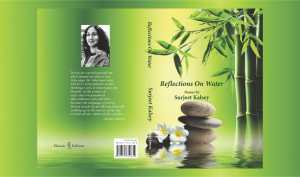 Take all the colours of Rung Mandla and make Peace on earth:

May this season sparkle and shine, may all of your wishes and dreams come true, and may you feel this happy validation every day in life.

Wishing all peace, joy, and all the best for everybody.

No More War!
Common people are being killed
everyday everywhere in the world
Paris, Syria, Lebanon, Afghanistan,
Egypt, Israel, India and Pakistan
name any country –
not the rulers, not the policy makers
not the order holders, not the rulers!
This is not the war of eye-for-eye even
This is a war waged by an intoxicated
blind power of one country to hold
its power over other countries
to deplete their wealth and
to bleed their resources and to sell their
own firearms and ammunition, tanks
machine guns and expensive war jets.
It is a war of world market of war toys!
War kills innocent people – children, women
old civilians and hundreds of soldiers!
And no one is listening that
War leaves millions mothers heart broken
and makes millions widows and orphans
and brings heart wrenching disasters
and sickening poverty and diseases.
The world was listening when he said:
“We Can” when came in power
the world was energized with his two words
as the world was listening his voice.
But why can’t Obama say – “No More War”
to bring PEACE on this earth!

Because war is a profitable business
doesn’t matter how many innocent people
are being sacrificed every day.

It is going to be a century soon
Komagata Maru, a mighty ship
From the West appeared
on the surface of the ocean
in 1914 sometimes in June
near Vancouver’s sea shore
with 376 Indians were on board.

After a long sea sickening journey
their faces lit up they felt thrilled
and their hearts started dancing
once they saw the birds were chirping,
the air was fragrant with vegetation
and a glimpse of soil was shining there!
The tardiness of the long journey
disappeared for a moment

The next moment all the glow
Turned yellow when they saw
the troops holding their guns
towards the ship ordering them
to return right away in the same
waters they came from.

The starved, restless, sleepless
Tormented passengers of
the Komagata Maru were sent back
after 75 days’ legal battle arguing over
the legitimacy and illegitimacy of
human lives in distress, hunger and sickness.
Most passengers when reached Calcutta
at Bujbuj Ghat shore were shot dead by the
British-Indian forces to win over humanity
and to punish those who defied the rule
they rule supposed to be giving equal right
and equal British status to all their subjects
no matter where they go!

A century is a long time,
one zero zero years,
it took that long
to the Canadian justice to bring
the change by using their
thousands intellectual officers
administrators, law makers and
spending millions of dollars at last
to learn how to treat people
as humans with respect and dignity!
Understanding brings Peace!

Mother earth, I bow my head
putting lotuses on your sacred feet!
You raise us with dignity and grace
by giving us food, water
and warmth in your embrace.

Earth weeps when it sees
tonnes of tonnes wheat
do not go to those mouths
of millions hungry children
but it gets ruined burned with
the unseasonal torrential rain
under the naked sky
We the unthankful children of yours
let it happen and do not save it
from this natural disaster.

The earth – the rich soil of
my land of five rivers: Punjab
irrigated with these waters and
with farmworkers’ blood and sweat
gives us golden wheat and paddy
in abundance in our fields.
The golden ripe crops get
destroyed and ruined in the rain
outside under the weeping sky –
The wheat is grown enough
to feed the whole India and
to keep the hunger away.
But is it God’s will or man’s that
poor and hungry will have to
stay poor and hungry for ever!

Farmworkers and consumers shed tears
Rich and politicians do not see the tears!
The deaf and dumb rulers pamper
their white elephant pets- high officials
with expensive cars for joy riding!
Instead of building storages for grains
Why do hungry and the poor have to wait
until the full stomachs are being over-fed?

The farmers have to watch with their
hearts bleeding, how the enormous tonnes
of wheat being wasted in the markets
on the streets under the naked sky?
Where is the father of the nation today!
O mother! Peace be with you.
No one is there to protect you.

100 years of struggle,
women of the world
keeping alive struggle
for equality, respect and dignity!
Yet we could not reach our destination
there are thorns and stones on the path
our feet bleed get blisters endlessly we march!
March on! March on!

100 years sufferings, a century long history
continues and women suffer and sacrifice
their lives to get free from stigmas, prejudices
and offerings of humiliation from their own.

The morning which we visioned has not come!
The sun which is our own has not shown yet!
The air in which we can breathe is not free yet!
Struggle continues. Peace be with us!
March on! March On!