On the day – 23 July when the ship Komagata Maru with its 376 passengers was turned away by the Canadian government after 2 months it stood still in the West Coast Harbour waters in Vancouver in 1914, because it is said that it did not meet the immigration requirement of the clause of  ‘continuous journey’ from India to Canada.

Komagata Maru, a full length play written in Punjabi by Ajmer Rode during 1976-1977  and  translated into English by  Surjeet Kalsey  in early eighties. The first Punjabi play on Canadain justice system and racism was staged in the year 1979 in Vancouver and introduced the incident of Komagata Maru as a part of our history in Canada. 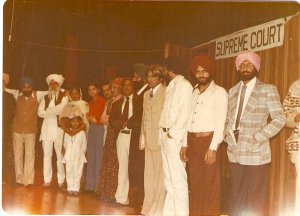 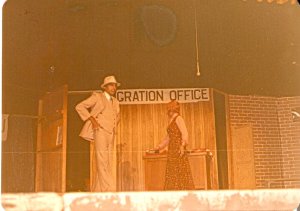 After this isolated performance to bring awareness about the historic incident of Komagata Maru,  efforts are seen sparingly for about three decades to bring awareness about the issue nor people talked much about it. The very first research about this historic incident was still credited to Hugh Johnston’s research book on the issue, ” The Journey of Komagata Maru”, published in early seventies. During the early years of twenty-first century, the topic became in the forefront again and was highlighted as a political issue by many politicians and the South Asian communities especially Punjabi community became very emotional about the issue because most of the passengers on the Komagata Maru ship were Sikh Punjabis.

The community celebrated Year 2014 as 100th anniversary of Komagata Maru incident and kept demanding an apology from the Canadian government for the then done wrong, to make it right within the justice.

Therefore, finally this important issue was brought in the Parliament for an official apology on 18 May 2016, after 102 years.

I happened to visit the Komagata Maru memorial site in Vancouver at the spot of where 102 years ago the ship was made to stand there and the passengers were not allowed to put their foot on the land of Canada. The monument comprises this historic photo about 4’X 6′ size is displayed on a glass board mounted on the ground, is dimmed with weather, rain and sun; and rusted iron fence/walls with holes presumed bullet holes and about  two feet high grass grown all around these iron boards. Is this the essence of preservation of the memory of this incident?

I heard that South Asian community, community leaders and different cultural and religious groups who were/are working to commemorate and preserve the memory of this painful historic incident displayed a lack of unified and dignified vision of preserving the history as well as to bring awareness of the historic incident.

On a positive note: The Simon Fraser University, Burnaby has included in their library On-line version of Kamagata Maru, full length play in Punjabi by Ajmer Rode and English Translation of Komagata Maru done by Surjeet Kalsey. Full script in English translation can be read, click:  http://lib-drupal2.lib.sfu.ca/kmj/node/764